One of our favourite castles, a must see with an amazing tour that takes you through time and history in the Scottish Highlands since the 13th Century. The island of Donan is thought to be named after a 6th century Irish Saint, the Bishop Donan who visited the Scottish Highlands about 580 AD. There are several churches dedicated to Bishop Donan in the area and it is likely that he influenced a wee community on the island during the late 7th century.

One of Scotland’s famous castles

During the 13th century, a fortified castle was built on the island of Donan to protect the area of Kintail from the Vikings, who were raiding and controlling most of the North of Scotland and Western Isles between 800 and 1266. After the 13th century, the surrounding seas offered the main routes and the power of feuding clan chiefs was counted by the number of men and galleys or “birlinns” at their disposal. Eilean Donan offered the perfect defensive position. 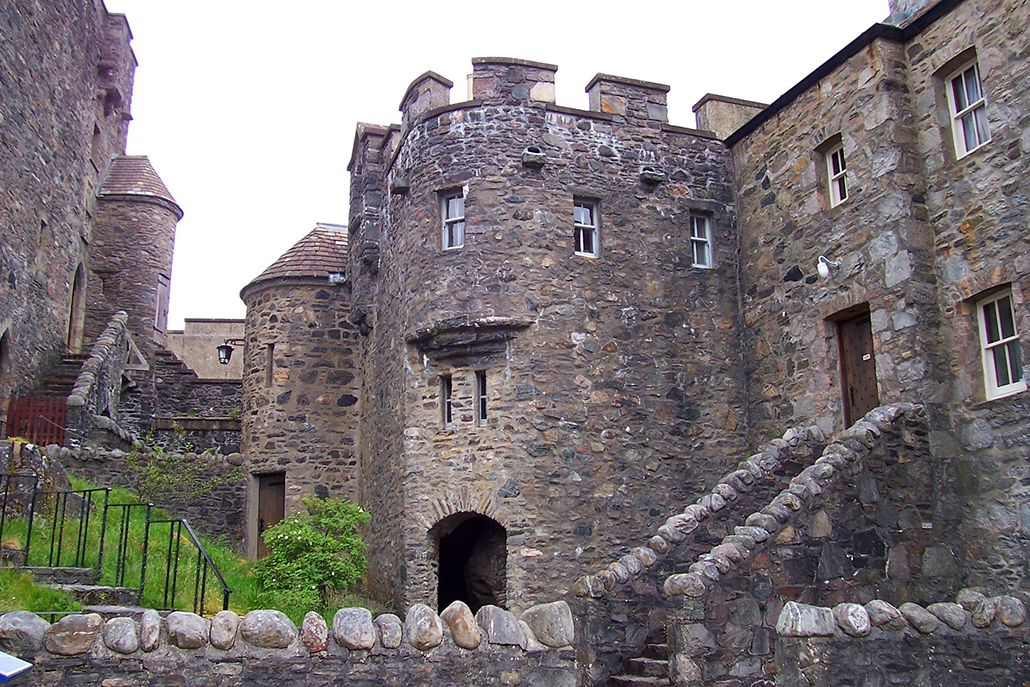 Over the centuries, the castle itself has expanded and contracted in size. The medieval castle is thought to have been the largest, with towers and a defensive wall that encompassed nearly the entire island. The main keep stood on the island’s highest point. During the end of the 14th century the castle was greatly reduced in size, the reason is unknown, but thought to relate to the number of men required to defend the structure. By the 16th century a horn work was added to the east wall to offer a firing platform for cannons. For further information, visit the castle’s website.
www.eileandonancastle.com